Laura Webb is President and founder of Webb Investment Services, a locally owned, wealth management and investment consulting practice that has been providing support to successful individuals, particularly women, in Western North Carolina since 1995.

Laura is a CERTIFIED FINANCIAL PLANNER ™ professional. She is a graduate of the University of North Carolina at Chapel Hill and has worked in the financial services industry for over 39 years. Prior to creating her practice, she served as the Department Head of Asset Management for FSC Securities and then as the first female Vice President of Eagle Asset Management.

Laura is a 3rd generation native of Asheville. She likes to say she is “part of the lucky gene pool” as community involvement comes naturally to her. Her mother (who is still living), has a park (The Jean Webb Park) named after her for her work cleaning up the French Broad River. Her great-grandfather, Charles A Webb, was instrumental in forming the Great Smoky Mountains National Park. Laura personally contributes to or is involved with Pisgah Legal, Riverlink, Asheville Humane Society, Southern Appalachian Highlands Land Conservancy (SAHC), YMCA of Western North Carolina and Camp Watia, Manna, and the University of North Carolina Women’s Leadership Alliance, Women for Women Giving Circle, United Way’s Women United, the YWCA, the Women’s Leadership Alliance, the Asheville Area Chamber of Commerce, and the Friends of the Smokies Board.

Laura loves supporting her community and being an advocate for women, especially women in business. She is also a business speaker and the author of several articles in notable business publications such as Capital at Play and WNC Woman. She received the 2018 Trail Blazer Award*** for her hard work with WomanUP at the Annual Our Turn to Play Luncheon which supports UNCA Women's Athletic Scholarships. She received the Asheville Chamber of Commerce 2017 Volunteer of the Year Award** for her help in creating WomanUp, has sponsored the Women Entrepreneur Award since 2003 and was awarded the Raymond James Woman of Distinction Award in 2017*.

Laura Webb was named to the 2022 edition of the Forbes list of Best in State Wealth Advisors****.
• What do you love about your work?

​I love watching the client relax as their plan unfolds. Helping articulate and organize their goals and then putting the pieces in place to help them achieve them.

• What do you do for the clients of Webb Investment Services? How do you contribute to "Total Wealth Management"?

Help clients make smart decisions around managing and keeping their wealth. By really getting to know them and finding out what and who is important to them. Then, outlining and organizing the tools and actions that will help take care of the people, and sometimes organizations, they love. I also regularly monitor their progress or help them make adjustments as their life’s needs change.

• What community groups are you involved with/feel passionate about?

The organizations supporting Women in Business and women in need through philanthropy, such as the following:

I also support organizations that support the environment and our community and heritage, such as the following:

As well as organizations that support healthy communities and children, such as:

I also support organizations that deal with animals, like Asheville Humane Society.

• What do you love about living in Asheville?

I am a native, 3rd generation on both sides of my family. I love the mountains and their beauty.

• What are your 2-3 favorite things/activities to do outside of work?

Travel – My wish is to have one big adventure a year. Plus I love to hike, bike, snow ski and spend quality time with family and friends.

• If you could have one superpower what would it be and why?

Heal people both physically and mentally. 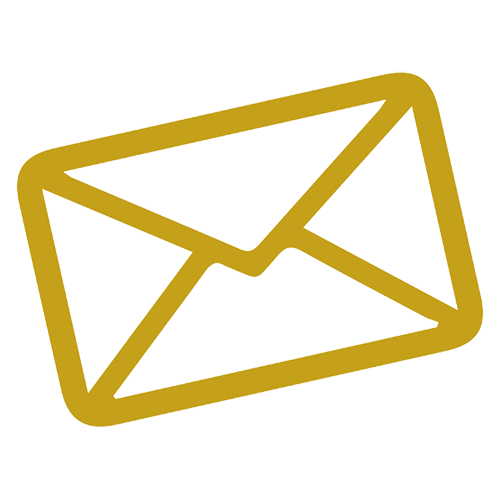 SEE IF WEBB INVESTMENT SERVICES IS RIGHT FOR YOU

*The Women of Distinction Award is designed to recognize a woman advisor that has served as a role-model to other advisors or service associates in her branch or the industry. Through mentoring and coaching, she's supported the professional growth of women by sharing her experiences, knowledge, ideas and feedback. In addition to these qualities, nominations should also include a woman who is actively involved in her community through volunteer hours, and board participation. The ranking may not be representative of any one client's experience, is not an endorsement, and is not indicative of advisor's future performance. No fee is paid in exchange for this award/rating.

**The Volunteer of the Year Award recognizes Chamber members who have given of their time and talents beyond the call of duty in volunteer efforts with the Chamber. Any opinions are those of the speaker and not necessarily those of Raymond James. Raymond James is not affiliated with WomanUP or the Asheville Chamber of Commerce.

***The Bulldog Trailblazer Award is presented each year at the annual "Our Turn to Play" Luncheon to a "pioneering" woman who has opened doors for other women and who has served as a role model and mentor for others. UNC Asheville Athletics and the "Our Turn to Play" Luncheon Committee want to recognize the extraordinary talent, drive, and creativity of women leaders in our community. The person selected for this award must have demonstrated their support of UNC Asheville by investing not only their time and efforts but also their funds to support the Bulldogs. Preference would be to a former athlete. An individual, family, or business could also be recognize for outstanding support and generous contributions to UNC Asheville Women’s Athletics Programs and Student-Athletes. Nominations should be submitted from the OTTP Committee to Janet R. Cone, Director of Athletics. The OTTP Co-chairs and Director of Athletics will select the award recipient.

****The Forbes ranking in Best-In-State Wealth Advisors, developed by SHOOK Research, is based on an algorithm of qualitative criteria, mostly gained through telephone and in-person due diligence interviews, and quantitative data. Those advisors that are considered have a minimum of seven years of experience, and the algorithm weights factors like revenue trends, assets under management, compliance records, industry experience and those that encompass best practices in their practices and approach to working with clients. Portfolio performance is not a criteria due to varying client objectives and lack of audited data. Out of approximately 34,925 nominations, more than 6,550 advisors received the award. This ranking is not indicative of an advisor’s future performance, is not an endorsement, and may not be representative of individual clients’ experience. Neither Raymond James nor any of its Financial Advisors or RIA firms pay a fee in exchange for this award/rating. Raymond James is not affiliated with Forbes or Shook Research, LLC. Please visit https://www.forbes.com/best-in-state-wealth-advisors for more info.

Raymond James is not affiliated with any of the above mentioned organizations.